History of Our Church

The life of St. Mary’s Jacobite Syrian Orthodox Church at Frankston, Melbourne started with a group of Jacobite Syrian Christian faithful who have migrated from Kerala, India.

As an Australian Diaspora community of the Jacobite Syriac Christians, this church is an integral part of the Universal Syriac Orthodox Church, which is headed by H.H. Ignatius Aprem II, the Patriarch of the Antioch and all the East.

The St. Mary’s family began its spiritual voyage on 29th December 2009 as a ‘prayer assembly’ of believers who resided at the South-East part of Melbourne city.

This community was declared as a ‘full-fledged parish’ of the Australia and New Zealand Diocese by the Patriarchal Vicar H. G. Paulose Mor Irenious on August 2009. 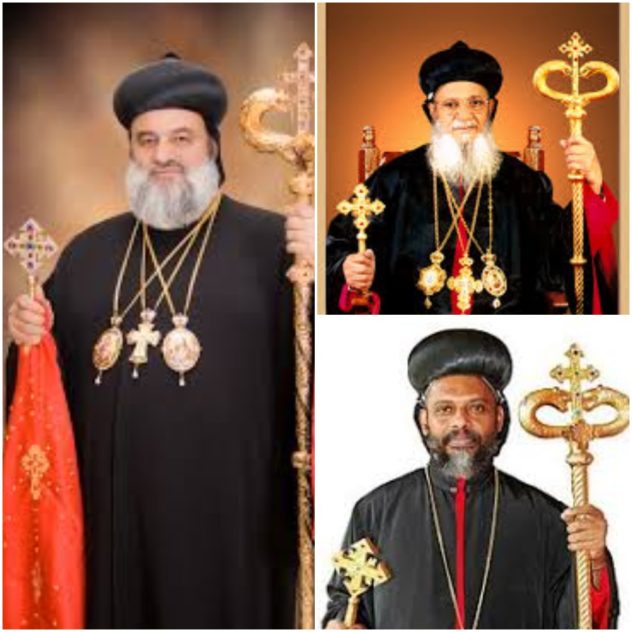 After the ‘Salvific event’ and the ‘Ascension of Christ’, the history demarks into a new era of the world where the Apostles and Disciples of Christ, preached the Good news of the Reign of God until the end of the earth. It was a movement of new social and spiritual order through the identity of the new movement was minimal because they were brutally persecuted by the rulers of the time. In spite of the persecution, harassment and bullying the movement expanded like a wildfire. They were called Christians for the first time at Antioch (Acts: 11:26).

The Universal Syrian Orthodox Church begins its legacy in Antioch from the very first century itself. It was established by St. Peter, one of the Apostles of Jesus in AD 37. The church in Antioch is considered to be the most ancient and widely known of all churches. It is also believed that this church had a Diaspora community from Jerusalem who were scattered and settled in the provinces of Antioch due to the destruction of Jerusalem in AD 70 by the Roman Emperor Titus.

The Syrian Orthodox church had raised its life within the Antiochian school of thought emphasizing spirituality as life philosophy from where the number of theological scholars and monks emerged in the history of Christendom. The church became more unique due to its liturgical language i.e. the Aramaic or Syriac which is believed to be the spoken language of Jesus Christ. In this regard, the church community was commonly known as a linguistic liturgical community. Significantly the legacy of the Universal Syriac Orthodox church remains with the heritage of the language that had been spoken by Jesus Christ and His Apostles and also with the tradition and the life of St. Peter, the Apostle.

As far as the liturgy of the whole Christian communities is concerned, the Syrian Orthodox liturgy with the special emphasis on the St. James Liturgy becomes the mother source till the date. The liturgy of the church is therefore one of the most ancient and unique and has been handed from generation to another.

From the Council of Chalcedon in AD 451, the church belongs to the Oriental Orthodox family of churches. The Syrian Orthodox church played a vital role in spreading the Gospel to many nations of the world in Arabia, Armenia, India, Ethiopia… in the ancient days and to all over the world in today’s time. Thus, this church is one of the ancient primary missionary churches in Christian history. The Syrian Orthodox church in India functions as an integral part of the Universal Syriac Orthodox Church.

The church in India was privileged and blessed to know the Gospel from AD 52 by Apostle St. Thomas. According to the early Indian history, Christianity in the southern part of Indian peninsula was spiritually and liturgically nurtured and continued under the holy apostolic tradition by the throne of Antioch (some say Persian Church, but the Persian church had taken its heritage from Antioch) with the early connection between ‘the coastal area of the then Middle Eastern countries’ and ‘India’ through traders, religious personals and voyagers.

Primates and other missionaries from the Antiochian church, therefore, began mission work from the first part of the history of Christianity in India and it continues even today. Looking back at the life of the church in India for two millennia, it grew up and branched out dependently and independently in many ways. However, the mother church remains with the allegiance of the throne of Antioch. From 2002, the church is known as Jacobite Syrian Christians (JSC) in India.

As part of the migration of the members from the parental community, JSC church had established Diaspora parishes and dioceses all over the world under the Patriarchate in Antioch and Catholicate of India. The Diocese of Australia and New Zealand is one of such dioceses, established in 2009 with twenty five parishes both in Australia and New Zealand. St. Mary’s Jacobite Syrian Orthodox church, Frankston, Melbourne is one among them in this diocese.

The Syrian Orthodox Church is spiritually governed by the Universal and regional Holy Episcopal Synod where the supreme head is the Patriarch of Antioch and all the East with its regional head as the Catholicose of India. Presently His Holines Ignatious Aprem II serves the Holy church as Patriarch and His Beatitude Baselious Thomas I as Catholicose of the Jacobite Syrian Christianity in India. The Diocese of Australia and New Zealand is governed by H. G. Yuhanon Mor Militheos, the Patriarchal Vicar since 2017.

The St. Mary’s Family Frankston, Melbourne has been spiritually nurtured by the Reverend Priests who were appointed by the hierarchy of the church from time to time. The members of parish gladly remember the valuable priestly services rendered by Rev. Fr. Eldho Valiyaparapil, Rev. Fr. Eldho Chirangara, Rev. Fr. Thomas Pathiyakkal and Jacob Joseph(Sajiachen) and Rev. Fr. Dr Alex Pannicottu Oommen, from 1st January 2019, the present vicar of the church have taken the spiritual leadership to continue its faith journey in this land. The temporal life of the church is managed by the General body of the church where the day to day affairs are served by the Managing committee of the church which is the blessed body of leaders selected from the General body time to time.